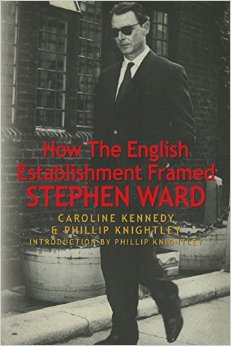 In 2014, I was performing in a Costa Rican production of The Glass Menagerie. During a rehearsal, I was standing backstage and decided to introduce myself to Caroline.

“I’m a writer,” Caroline said, in her elegant English accent.

“Oh,” I said, thinking she meant blogger or diarist. “What do you write?”

Then Caroline threw me a curve-ball: In the 1980s, she co-authored a bone-rattling account of the Profumo Affair, which, in Great Britain, you might compare to the Watergate Scandal, except that there were a lot of sex parties involved. Caroline’s account, How the English Establishment Framed Stephen Ward, was a total coup: Few people involved in the Profumo Affair had ever spoken openly about it. The book was a bestseller. It blew the scandal wide open. Years later, the book would inform Andrew Lloyd Webber’s musical Stephen Ward. END_OF_DOCUMENT_TOKEN_TO_BE_REPLACED 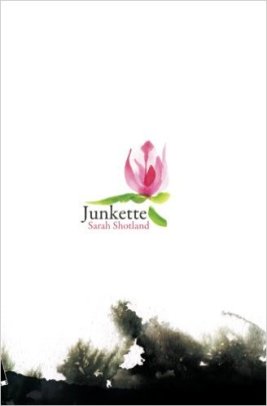 I was an enthusiastic Sarah Shotland fan the moment I met her. But then again, pretty much everybody is.

Sarah made a splash in Pittsburgh when she dreamed up Words Without Walls, a writing program for people in prison. You can read my interview with Sarah about this groundbreaking program over at Pittsburgh Magazine.

But Sarah is so much more than Words Without Walls. She’s plainspoken and hilarious. She speaks with the subtlest Southern twang. We spent many nights yukking it up on her porch in Friendship.

We met in Chatham’s MFA program, but we really bonded over theater. Sarah is an accomplished playwright and has worked for theater companies around the world. She has spent time in Spain and China, Texas and New Orleans. Chatham’s MFA program attracts many students in their mid-twenties, so Sarah and I felt a little older, a little more road-tested. We are similarly laid-back, and similarly diehard about our labors of love. No matter how much time passes, we pick up our conversation where we left off. END_OF_DOCUMENT_TOKEN_TO_BE_REPLACED 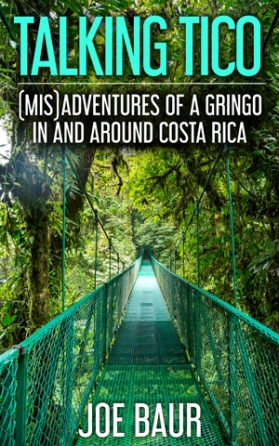 Joe Baur is my doppelgänger. Or maybe I’m his. On paper, we’re practically interchangeable.

Joe arrived in Costa Rica shortly after I did, to study at the University for Peace. When I learned of his arrival, I looked up the usual sites—Facebook, LinkedIn—and was shocked to discover our similarities.

Joe grew up in Cleveland, while I spent most of my adult life in Pittsburgh. Like me, he’s a writer, videographer, photographer, podcaster, and traveler. He has produced sketch comedy, as have I. We both have Germanic surnames and personal interest in our Central European heritage. We are both avid cyclists and abhor automotive dependency, and we both refused to drive for many years. We were both avid contributors to The Tico Times, especially the travel section. We have both written for a range of publications about craft beer. We are both recreational runners and chronicled our first races in the tropics. We both married to our longtime girlfriends in streamlined weddings shortly before we became expats. We both moved out of our longtime homes and lived with our in-laws for a short period before the big move. We resided in Costa Rica for similar stretches of time, and our casas were located 10 miles away from each other, roughly on the same road. Facially, we could probably pass for cousins or even brothers, especially in Latin America. END_OF_DOCUMENT_TOKEN_TO_BE_REPLACED

This is my favorite story about Elena Passarello:

We were in college, and the theater department threw a basement party. Someone had hired a DJ. The audio equipment stood on a flimsy foldout table. The music was loud and throbbing.

Elena had made friends with a small cohort from Manchester, England, and invited them to the party. The Brits were new in town and didn’t know most of the people there, but that didn’t seem to bother them. They started dancing to the music.

One of them leapt up and down. It was a wild, thrashing dance. Emboldened, he sprang in the air and landed in the middle of the flimsy, foldout table.

The table broke in half. Or maybe it fell over. Whatever the case, the audio equipment went flying. Piles of CDs clattered on the tile floor. The music stopped. The party stopped. Everyone stared in disbelief at the Brits, who were now huddled in the corner, shocked and uncertain what to do next. END_OF_DOCUMENT_TOKEN_TO_BE_REPLACED 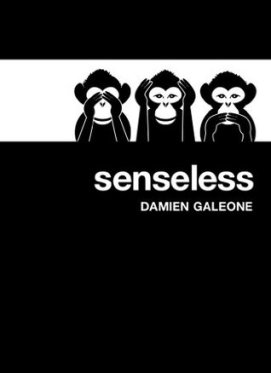 I spent much of my twenties at a restaurant called Joe Mama’s. The happy  hour crowd was a cultish bunch of bohemians and ne’er-do-wells, and they have remained some of my closest friends. The bar was big and U-shaped, and there was little distinction between regulars and staff; we bantered for hours, talking life, art, sex, and politics as the Pittsburgh skyline darkened outside. It was some of the most fun I’ve ever had in my life.

Damien worked as the all-star bartender, a boisterous and heavily bearded young man with a golden sense of humor. The moment I learned that Damien had (also) studied creative writing at the University of Pittsburgh, we’d spend whole evenings swapping favorite book titles and book summaries and ideas for future books. END_OF_DOCUMENT_TOKEN_TO_BE_REPLACED

Well, Craig had a real office. Directly across the hall, I shared an office with a bunch of adjuncts. My office was usually empty, so I took the corner desk.

If we leaned back in our chairs, Craig and I could see each other across the narrow corridor. Craig has a quiet intensity. He’s dryly funny. We got along great. We’d shoot conversation across the hall—about writing, about teaching, about whatever. He told me a little about his days in the Navy. (A submarine!) He told me about his years as a dishwasher. I admired his toughness: He commuted to Duquesne University on a racing bike, even in snowstorms, using a pair of welding glasses to protect his eyes against the wind. Now and again we’d describe the things we were working on. The books we really wanted to write. The projects that we’d maybe finish, one day.

And then he finished one: Your Life Idyllic. And then the book won the St. Lawrence Book Award. It surprised me—not because I doubted Craig, but because he had been so quiet about it. Craig has a slow-burn personality. He speaks in a kind of mellow growl. He’s captivating in conversation. You always suspect he knows something he’s not letting on. In this case, it was an entire book. END_OF_DOCUMENT_TOKEN_TO_BE_REPLACED