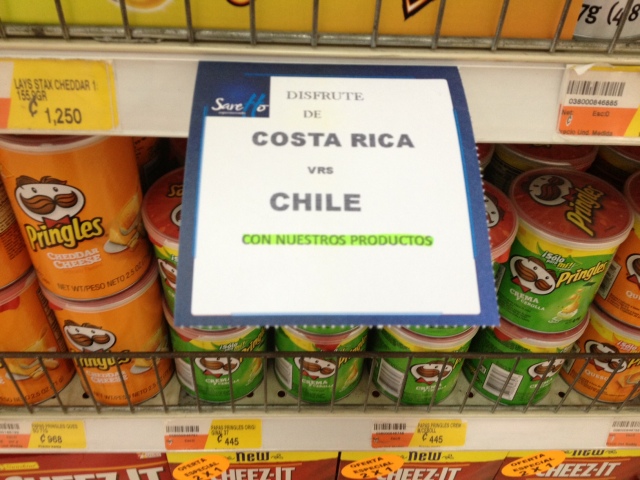 At the Saretto supermarket, I plunk my fruit and cans on the conveyor belt and say hello to the cashier. “Que tal?” I ask. END_OF_DOCUMENT_TOKEN_TO_BE_REPLACED

On the last bus back from Jacó, the seats are sold out, but people keep climbing aboard. They line up in the center aisle, their palms pressed against the luggage compartments, arms buttressing them against the curves. END_OF_DOCUMENT_TOKEN_TO_BE_REPLACED

“No problem,” I proclaim, shutting the door and assuring her through the open window: “There’s a taxi stand right near here.” END_OF_DOCUMENT_TOKEN_TO_BE_REPLACED

When you have more than 14,000 restaurants in 116 countries, you must accept a difficult truth: not everybody eats the same thing. Some abhor beef, others abstain from bacon, and some would even forfeit the bun. McDonald’s may sling Big Macs everywhere, but they also have to appeal to local taste buds and traditions. END_OF_DOCUMENT_TOKEN_TO_BE_REPLACED 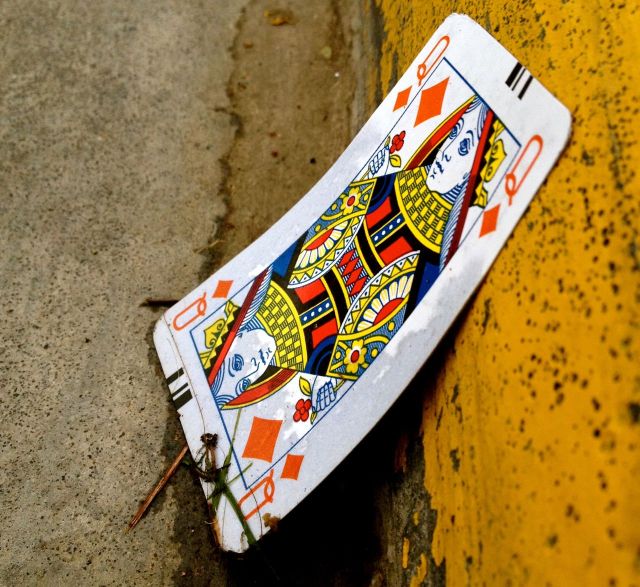 After weeks of avoiding the rain, I race out the office’s front door and jog down the street. My backpack, with its stretched straps, is pendulous across my back. My hiking shoes thud against the pavement, and as rush hour intensifies beneath San José’s tungsten sky, the sidewalks are deluged with people, and I have to leap over gutters, wriggle between cars, sidestep bushels of trash.

When I reach the Carretera Vieja, the road that snakes its way toward my neighborhood, the pavement clears. The commuter train’s blast is distant. Even the mountains are nakedly green.

Then they appear: playing cards scattered on the ground. They’re face-up, face-down, solitary and bunched together, leaning against the curb and bent in the grass. Queens and Sevens and Twos. They bear a logo I don’t recognize, some kind of coat-of-arms. They’re spread out, as if the deck exploded from its cardboard box. No one else is around. It feels like a joke, or an omen, a photograph dying to be taken.

Just after sunset, a wrinkled man pushes a wheelbarrow laden with coconuts into an intersection. “Mofos be crazy!” he proclaims, in perfect urban English. “Everybody be crazy!” he adds, chuckling madly as he trundles forward, toward the Plaza de la Cultura, past the queue of headlights that barely stop for him.