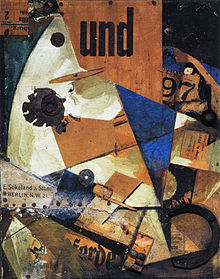 The following appeared in The Pitt News,

where I reported Pittsburgh’s fine arts scene for a full year.

The man frowned, thumb and index finger clutching chin, then he shook his head. His eyes glazed over with feelings of betrayal, alienation. He stepped back from the wall, sighed, stepped forward again. Still nothing. He looked around, searching for help, then consulted his brochure. His gaze returned to the painting, that cruel, indecipherable painting.

It depicted a snow-capped mountain peak. A series of names was printed in black on the left: “Artesia,” “Alondra,” “Compton,” receding intot he distance. “Rosecrans,” “El Segundo,” each name smaller, less familiar, until they disappeared, Star Wars-like, into the horizon. According to the nearby label, the painting was called “Artesia.” Pop art painter Edward Ruscha had created it in 1998.

“I don’t get it,” the man harrumphed, walking off.

In another room, a young woman stared at a giant color photograph by Jeff Wall, entitled “Morning Cleaning.” In the photo, a custodian washes the floor-to-ceiling windows of a vacant lobby. The young woman laughed and tossed her hands in the air. What was this picture suggesting? Couldn’t a child with a Panasonic accomplish as much?

A pair of bored-looking young boys brightened at the sight of a pingpong table, cut into a cross pattern and filled at its center with a lily-colored square pond. They picked up the supplementary paddles and smacked balls at each other, hoping to put out an eye.

“Put those down!” their mother yelled, storming after them. “That’s an exhibit, not a toy!”

My question is this: Why can’t an exhibit be a toy?

We’ve all experienced the quiet loneliness of museums, the ivory-white walls, the stuffed-shirt old fogies with their laser pens and their strange, untranslatable language. We let them fool us into thinking that art is not only a serious business, but strictly intellectual, the harbinger of headaches, confusion and neurological breakdown. We search for hidden meanings, metaphors, and, of course, the dreaded “statement.” We imagine emaciated, quivering artists lying around their lofts and sucking on cheap cigarettes, striving for some unattainable truth. We think that in order to understand, we have to wear bell-bottoms and dye our hair pink.

Then I examine “Leben, leben,” by Hanne Darboven: 2,782 pieces of standard computer paper plaster the walls of two rooms. Each leaf of paper bears thousands of numbers and letters. In the center of the room stand two doll houses. I hate numbers passionately, so feeling surrounded by them is an uncomfortable experience. At the same time, the doll houses are well constructed, like the model trains I used to build when I was a kid. Can I relate to these doll houses, so innocent, besieged by a sea of numerical figures? Is this what the artist wants me to see?

According to my printed museum guide, I’m not even in the ballpark. It states that “Leben, leben” “represents Darboven’s systematic approach to counting the years 1900 to 1999.” there’s no way I could have figured this out on my own. But I shrug my shoulders, deciding that I haven’t lost this game of figure-out-the-message. I’ve just made up new rules.

I’m not fond of the splatter-paint canvases, what with their dribbling blues and reds. Again, the key is not to assume that I’m dense. If we were meant to suffer over art, who would buy it? Who would even glance at it?

I take off my shoes. Ernesto Neto’s sculpture, a huge box of nylon stretched across half the room, beckons viewers to step inside. An usher helps me in, and my socks tough down on soft membrane. All around me is the silky, milk-white fabric, like a science fiction writer’s vision of some benevolent alien spaceship. People disappear into holes, poke their heads around warped curves. I think nothing. I’m enveloped in art. Maybe I get it.